Using Twitter Bootstrap, I’m trying to create a horizontally scrolling series of thumbnails which allows for a scrollbar within the row that the thumbnails are displayed in, like so: 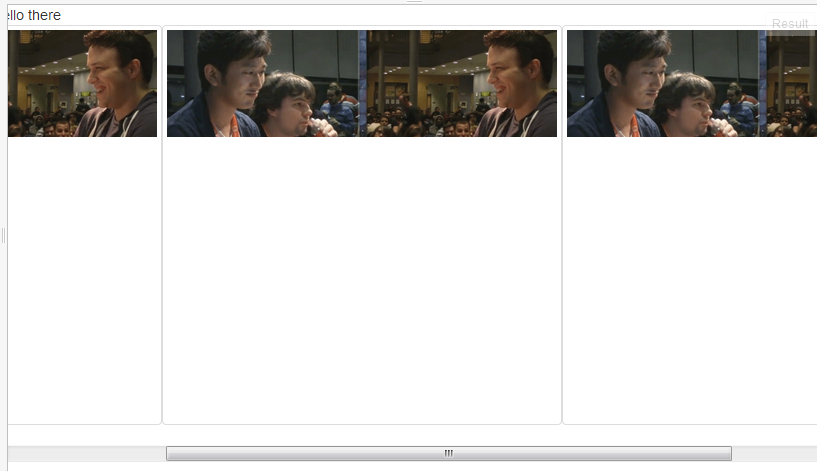 This gets me most of the way there, using this HTML:

The overflow CSS property works great, giving me the scrollbar for the container div.

I’ve tried adding vertical-align: middle to the thumbnail div elements, but to no avail.

How can I get the image to be centered vertically within the thumbnail?

The flexbox approach doesn’t require the wrapper element, however it has slightly less support than the table/table-cell approach.

Basically, just change the display of the .thumbnail element to flex and then add align-items: center. All the other vendor prefixes are added for cross browser support. Read more about flexbox layouts and properties here - (mdn).

As a side note, you can avoid having to use HTML tables - example here.