Why is there an unexplainable gap between these inline-block div elements?

This question already has an answer here:

I have two inline-block div elements, that are the same, positioned next to eachother. However there seems to be a mysterious space of 4 pixels between the two divs despite the margin being set to 0. There are no parent divs effecting them - What is going on? 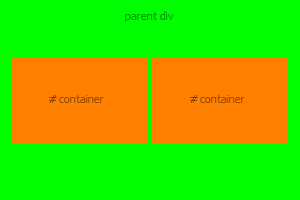 This is what i want it to look like: 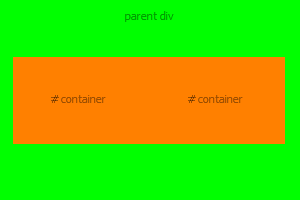 In this instance, your div elements have been changed from block level elements to inline elements. A typical characteristic of inline elements is that they respect the whitespace in the markup. This explains why a gap of space is generated between the elements. (example)

There are a few solutions that can be used to solve this.

Method 1 - Remove the whitespace from the markup

Example 4 - Close the entire tag on the next line: (example)

Just set font-size: 0 on the parent elements, and then declare a new font-size for the children elements. This works, as demonstrated here (example)

This method works pretty well, as it doesn’t require a change in the markup; however, it doesn’t work if the child element’s font-size is declared using em units. I would therefore recommend removing the whitespace from the markup, or alternatively floating the elements and thus avoiding the space generated by inline elements.

In some cases, you can also set the display of the parent element to flex. (example)

This effectively removes the spaces between the elements in supported browsers. Don’t forget to add appropriate vendor prefixes for additional support.